The stories that I read about the supposed dangers of salt confirm what I’ve always suspected about the diet advice we see on the Internet and hear on TV – you can’t believe much of it.

Despite all the scientific research that has thoroughly debunked the notion that we should all be on a low-salt diet, the so-called health experts that dominate the airwaves and many popular websites still go on and on with discredited “cut the salt” notions that have no basis in fact.

So does this mean salty snacks are okay? Keep reading. . .

Now, don’t get me wrong, if you’re consuming huge amounts of sodium from the salt in processed foods — like the fare at fast food joints, or giant bags of potato chips or hot dogs – the salt in those items isn’t doing you much good. But the greater danger to your health from those foods is the overdose of damaged fats, the questionable food additives, the lack of fiber and the omission of phytochemicals from fruits and vegetables. Not the salt.

In fact, in some circumstances, cutting back on salt can cut back on your life expectancy.

Consider an eye-opening study performed by researchers at the Medical College of Georgia at Augusta. In lab tests, these scientists found that as you grow older and have more trouble sleeping, or if you do shift work and have uneven sleep habits, a low-salt diet may help shorten your life.1

The problem in these circumstances is that these lifestyle factors dangerously disturb the body’s circadian rhythms that keep you healthy. According to the researchers, this kind of out-of-sync daily schedule and off-balance sleep habits significantly bumps up your risk for high blood pressure, malfunctioning blood vessels and serious heart problems.

Add in a low-salt diet, their study shows, and you make this combination of factors more likely to be deadly.

Your blood pressure has its own 24-hour cycle

Under normal circumstances, your blood pressure rises during the day when you are awake and falls (dips) at night as you sleep. But when you stay up too late, work at night, or wake up in the wee hours and can’t go back to sleep, this cycle falters.

The right amount of salt

One of the best studies I’ve seen so far about how much salt you should be eating was reported in the New England Journal of Medicine (NEJM). It found that eating too little salt is about as bad for your health as eating way too much.

In this research, the safest amount of salt to eat every day was found to be between 3,000 and 6,000 mg. Higher or lower than that amount was linked to an increased risk of an earlier death from heart disease.2

To put these amounts in perspective, you can figure that a teaspoon of salt contains about 2,300 mg of salt. So, going by this research, about a teaspoon and a quarter of salt a day up to a little less than three teaspoons should be perfectly fine for your health.

Unfortunately, the American Heart Association still says that everyone should take in less than 1,500 mg of salt daily, even though the research, as you can see, doesn’t support this recommendation. Matter of fact, the study published in the NEJM implies that this small daily quantity of salt is — for most people — more dangerous to the cardiovascular system than twice that amount.

For everyone else, if you feel the need to pour some salt on your food at dinner to make it taste better, go ahead. The best research I can find says it won’t hurt your health at all. The most enthusiastic low-salt fanatics are mostly campaigning for the food companies to cut back on the salt they pour into their packaged products. The little dribs coming out of your salt shaker are of no concern.

Many prepared, packaged, processed foods contain a very large amount of salt (sugar, too) – and if either of these two ingredients is among the first ones on the list, it’s a sign the product is probably unhealthy (even if the amount of salt is safe). 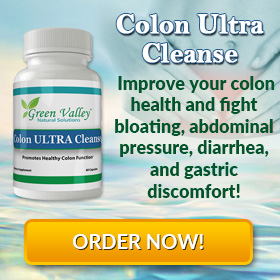