It’s Not All in Your Head

Home/Newsletter/It’s Not All in Your Head

It’s Not All in Your Head

Many of us have been down this road:

You’ve got a health problem.

You’re shunted from immunologist to rheumatologist to gastroenterologist to neurologist. You take one test after another. Each specialist offers their own pet diagnosis. Yet they provide no answers, no genuine solutions.

Are the symptoms real or is it all in your head — as some doctors imply?

Well, here’s an answer: It’s not all in your head.

For those who understand the condition, this is not a psychological disorder. Wide-ranging symptoms from fatigue to anxiety to irritable bowel to allergies are in your physiology, not your imagination. They can be resolved, but only if the underlying problem is recognized.

For many people, the real cause of the symptoms is in two glands that sit at the top of the kidneys – the adrenals.

The adrenal glands produce a wide range of hormones that include:

Cortisol and corticosterone regulate metabolism, are involved with stress and immune response, help regulate blood pressure and cardiovascular function and have anti-inflammatory effects.

Adrenaline, noradrenaline and dopamine are responsible for the ‘flight or fight’ stress response

Cushing’s syndrome and Addison’s disease are rare conditions in which the adrenals are either highly overactive or highly underactive, but any thyroid disorder that lies between these two extremes is hardly acknowledged by conventional doctors.

Underfunctioning adrenals
recognized a century ago

And yet back in 1902 an eminent physician, Charles Sajous, M.D., described a condition called ‘functional hypoadrenia’ whereby underfunctioning adrenal glands could give rise to a wide variety of mental and physical symptoms.

Dr. Sajous believed the condition came about either because the adrenals were underdeveloped due to some hereditary weakness or they were exhausted by chronic stress.

His research was followed up by other doctors during the twentieth century, notably endocrinologist John Tintera, M.D., in the 1950s and 1960s.

Dr. Tintera wrote that “if the adrenals are not thoroughly competent, each stressful incident cuts into their reserves. The day must come when those reserves are exhausted and the whole body is in trouble.”

He said that he had a great deal of success in treating allergies by way of the adrenal glands:

“In more than 20 years of a busy practice with thousands of patients, I’ve yet to work with an allergic patient whose troubles weren’t basically due to his poorly functioning adrenals or who wasn’t relieved of his allergic woes when his adrenals were put into proper working order.”

In spite of the work of Tintera and other doctors, few doctors today will look for a diagnosis of adrenal hypofunction (also called adrenal syndrome, fatigue or dysfunction), particularly since conventional tests for the activity of adrenal hormones are unreliable.

Most commonly, symptoms appear after long periods of chronic mental or emotional stress or after an infectious illness.

If the patient has a hereditary weakness, then everyday stresses or sickness can bring on the condition.

The biggest group will be those who have minor adrenal fatigue. They may have low level depression, a feeling of sluggishness or lack the energy they once had. This group often relies on stimulants like coffee to get them through the day. That probably describes half the adults in America, so you can see why it’s hard to get doctors to take the adrenal concept seriously.

For other people, though, low adrenal function is a more serious, debilitating condition. Whether symptoms are moderate or severe, treating the adrenals may bring relief.

Since adrenal stress hormones affect so many body and glandular systems, symptoms of adrenal syndrome could appear almost anywhere. These include but are not limited to the following:

As you can see from that list, the wide range of symptoms can be caused by a number of things besides adrenal fatigue, which makes it easy to overlook the adrenals as a possible cause—and makes it easy for skeptical doctors to pooh-pooh the whole idea and more or less imply the patients are mental cases.

It’s no surprise that those with high levels of adrenal dysfunction typically seek help from one doctor after another but find no lasting relief.

And if the body is locked in chronic stress, if the underlying adrenal dysfunction is not addressed, then permanent healing is not going to occur no matter what remedy is applied.

Fortunately, there are practitioners who do recognize adrenal syndrome as a real illness. It will take some persistence on the part of the patient and the help of a cooperative doctor – and there’s always the chance that the symptoms aren’t caused by the adrenals – but it’s a path that’s worth exploring if the list of symptoms above seems to describe you, and you’ve had no luck finding a solution.

It takes time, but with an understanding therapist and the correct protocols, the adrenal syndrome patient will get their life back. 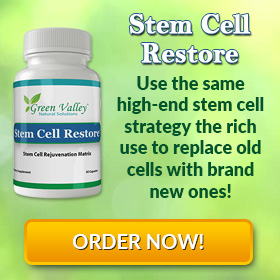