If you’re like me and you spend a lot of time studying out-of-the-mainstream health news, you’ve known for years that high cholesterol has nothing to do with heart disease, and that lowering cholesterol by way of statin drugs will do nothing to reduce your risk.

All the same it’s been almost impossible to drive a stake through the heart of this myth, because doctors – riding on the back of hundreds of millions of dollars in advertising for statin drugs – practically tie patients up and force these pills down their throats. Do what doctor says or you get spanked and told to stand in a corner.

Now – guess what – it’s none of the above. A recent large-scale study proves once and for all that reducing cholesterol doesn’t do a darn thing to save your heart. Full story below. . .

An international study that examined the health records and cholesterol levels of people over the age of 60 shows that higher amounts of so-called “bad” (LDL) cholesterol actually help you live longer.

That’s right. LDL cholesterol is not an anchor that drags down your health, it seems to be more of a life preserver.

The researchers gathered together 19 different studies that had analyzed the effects of LDL on the heart health and mortality of more than 68,000 elderly people.

Which was the just about opposite of what this review study discovered.1

That’s why these scientists are telling the cardiology establishment to reevaluate its mania for prescribing statins that are supposed to lower LDL cholesterol.

“We found that several studies reported not only a lack of association between low LDL-C (and heart problems), but most people in these studies exhibited an inverse relationship, which means that higher LDL-C among the elderly is often associated with longer life,” says researcher David Diamond who teaches at the University of South Florida.

As you age, your risk of neurological problems like Parkinson’s and Alzheimer’s disease climbs. But, the investigation also indicated, having a higher level of LDL cholesterol may protect your brain and nervous system from these disorders.

Plus, the review suggested that LDL can insulate you against the fatal effects of cancer and infectious diseases. And having a reduced amount of LDL – rather than being a health-booster – can increase your possibility of succumbing to these illnesses.

In another study, where Diamond along with another researcher analyzed statistics from studies that looked at how statins affected heart disease, the investigators concluded that these drugs: “failed to substantially improve cardiovascular outcomes.” 2

Instead, Diamond maintains, the researchers who trumpeted the benefits of statins used “statistical deception” to make it look like statins are helpful.

He also warns about the side effects of statins – “Their adverse effects are far more substantial than is generally known.”

The most famous and obvious side effect of statins is that they can damage your memory. In some people they even cause full-blown dementia. (Mercifully, it reverses when you go off the drugs.) Other side effects include an increased risk of diabetes,3 and the breakdown of muscle tissue (rhabdomyolysis and myopathy).4

Of course, you can expect Big Pharma and the medical establishment to push back against this study and others that reveal the ugly truth about statins and their ineffectiveness. But beware of their “statistical deception.” Your life may depend on making the right choice.

This myth should have been dead years ago

Statin drugs are apparently anti-inflammatories, and that of course is of some benefit since most people in developed countries have chronic inflammation. It sounds crazy, but this fact has led some doctors to suggest all older adults should take statins to prevent all the diseases in which inflammation figures – a list that includes heart disease, dementia, arthritis and cancer. Well, maybe statin drugs reduce inflammation but they’re just about the most dangerous anti-inflammatories ever invented.

As Green Valley readers know, there is a wide range of safe, natural anti-inflammatories like boswellia, curcumin and proteolytic enzymes. They don’t cause any side effects and will do you a world of good. 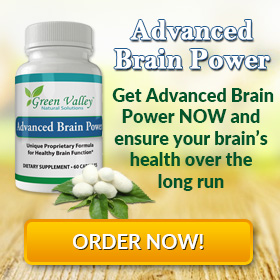